Rossi was extremely lucky to have not been collected by Franco Morbidelli’s flying Petronas Yamaha on lap nine of the Red Bull Ring race, after contact with Johann Zarco at Turn 2 sent both down in a frightening accident.

Zarco’s Avintia Ducati was vaulted over the track at Turn 3 when it hit the air fence, while Morbidelli’s bike just slotted between Rossi and Maverick Vinales’ machines.

Both riders took the restart, with Rossi putting the incident to the back of his mind and finishing fifth.

When asked about the incident, Rossi said: “It was so scary, was terrifying.

“For me, now everybody is very aggressive but also from the small classes. I can understand because you play a lot. But for me it’s important that we don’t exaggerate [the aggression].

“You need to respect the other riders that are on track with you, because we can’t forget this sport is very dangerous – especially in a track where you have long straights and you always go 300km/h.

“What I said is that also from the small classes, you have a lot of riders who close the door when braking.

“Zarco is very wide and braking in the face of Franco, maybe to not let Franco overtake in braking.

“But it was too close, and when we are at 300km/h we have a lot of slipstream and Franco had no chance to brake.

“We risk a lot, especially me and Maverick. This could have been a potential disaster.

“I spoke to Zarco, I said this to him, and he said he didn’t do it purposely.

“But anyway, aggressive is good, but braking in the face of other riders especially at 300km/h is a potential disaster.”

Morbidelli was taken to the medical centre for checks, but initial scans revealed no serious injuries.

The safety of the Red Bull Ring circuit has come into question in light of the incident, and while Rossi believes the track is dangerous, he believes a lack of respect between riders is more dangerous.

“I think the Red Bull Ring is a bit dangerous in some places, especially when you have a hard braking from 300km/h to 50km/h, and in the hairpin [at Turn3] you have to go in the opposite direction,” he added. “This is a potentially dangerous place.

“But I think more is the [lack of] respect between the riders. This is more dangerous than the track I think.” 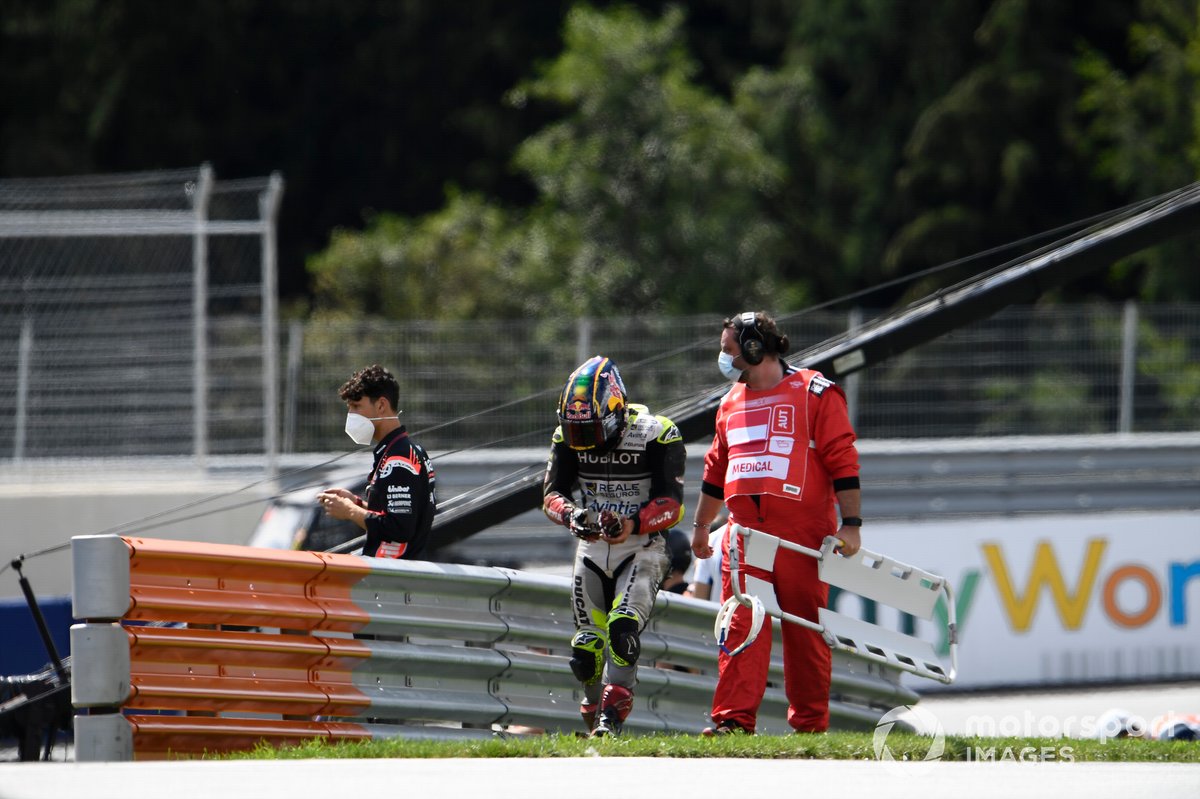